Skip to Content
Barcelona, among the top 25 cities in global competitiveness 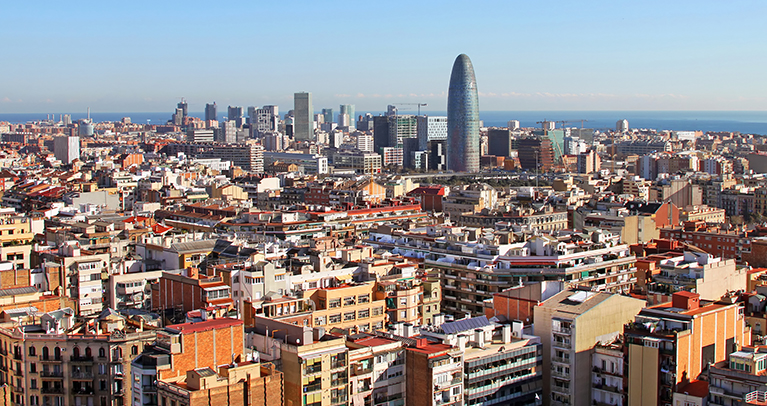 In 2017, the Global Power City Index report awarded Barcelona 24th place in the world ranking and 11th spot at the European level. The index, which compares 42 major cities from around the world, was headed by the metropolises of London, New York, Tokyo and Paris. Barcelona scored similar to Copenhagen and Chicago, but was placed higher in the ranking than Boston, Geneva or Milan, despite dropping four positions in the global ranking and one in the European classification compared to the previous year.

Japan’s Mori Memorial Foundation has been developing the Global Power City Index since 2008, thanks to the participation of world-renowned universities and think tanks. The index is based on seventy indicators sorted in six categories of urban competitiveness. The 2017 ranking saw Barcelona in 6th position in the world in the category of liveability, 12th in cultural interaction whilst improving in the category on the environment (standing in 23rd position), while dropping positions in areas like the economy, R&D and accessibility (now in 39th, 32nd and 16th position, respectively). In the survey on stakeholders, visitors and artists placed Barcelona in 9th and 7th position, respectively. On the other hand, for residents, researchers, and executives, the city of Barcelona was placed in 21st, 29th and 36th place respectively. 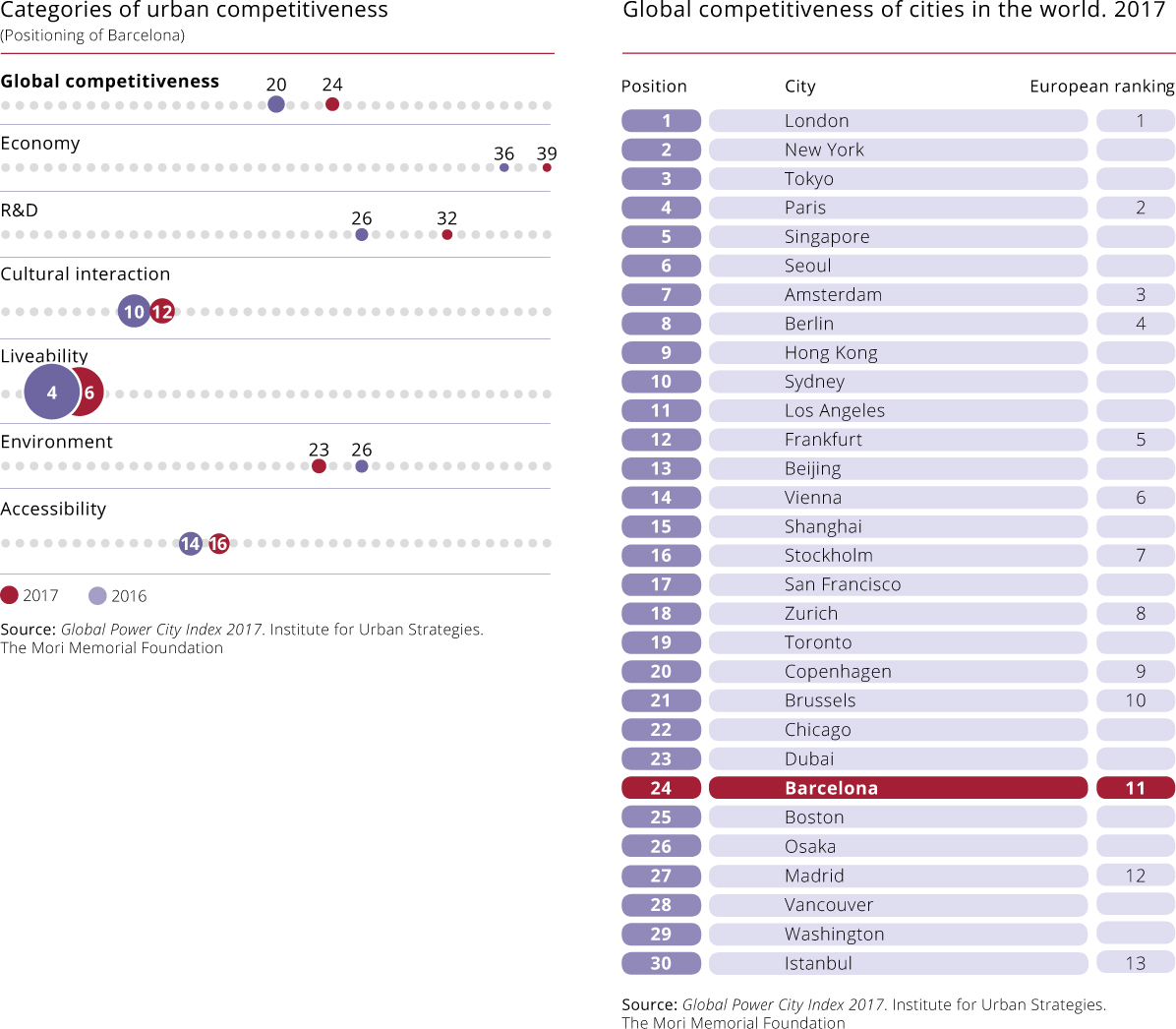