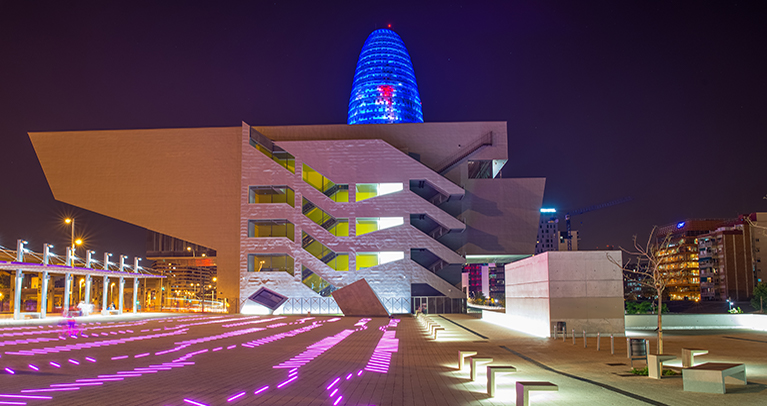 According to the tenth edition of the Innovation Cities Index 2016/17, Barcelona is ranked 13th top city of the world and 5th in Europe in terms of innovation between a group of 500 cities in the world analysed by consultants 2thinknow. In a ranking headed by London, followed by New York, then Tokyo, Barcelona jumped fourteen positions since last year. The consultants highlighted the fact that of six cities that have climbed to leading positions in the ranking, Barcelona has done so fastest, from the 56th in 2014 to 13th in 2017. The index classifies cities in terms of four categories of innovation, according to a score on 162 indicators that measure the right conditions for developing innovation in a city. Barcelona is in the top category “Nexus”, along with 52 others. After comes the categories “Hub”, “Node” and “Upstart”. These 162 indicators are grouped into 31 segments that cover all the economic, industrial and social functions of an economy, which are summarized in three factors: cultural, human infrastructure and interconnected markets.

At the same time, Business Insider, along with 2thinknow, positions Barcelona as the 24th top city with the greatest technology innovation and future projection among a group of 85 cities throughout the world. This ranking classifies cities according to their level of adoption, development and use of high-tech solutions, based on ten factors related to technological advances, the number of patents registered per capita, start-ups, venture capital companies and the level of use of smartphones. In a ranking headed by American and Asian cities, Barcelona managed to qualify in the top 25 because of its intelligent urban infrastructure and growing population of engineers and industrial engineers. The study also highlights that Barcelona has a network that measures pollution, traffic noise and even the amount of bicycles that go along a street, which led them to qualify Barcelona as the most connected city in the world for the second consecutive year, according to Fortune. 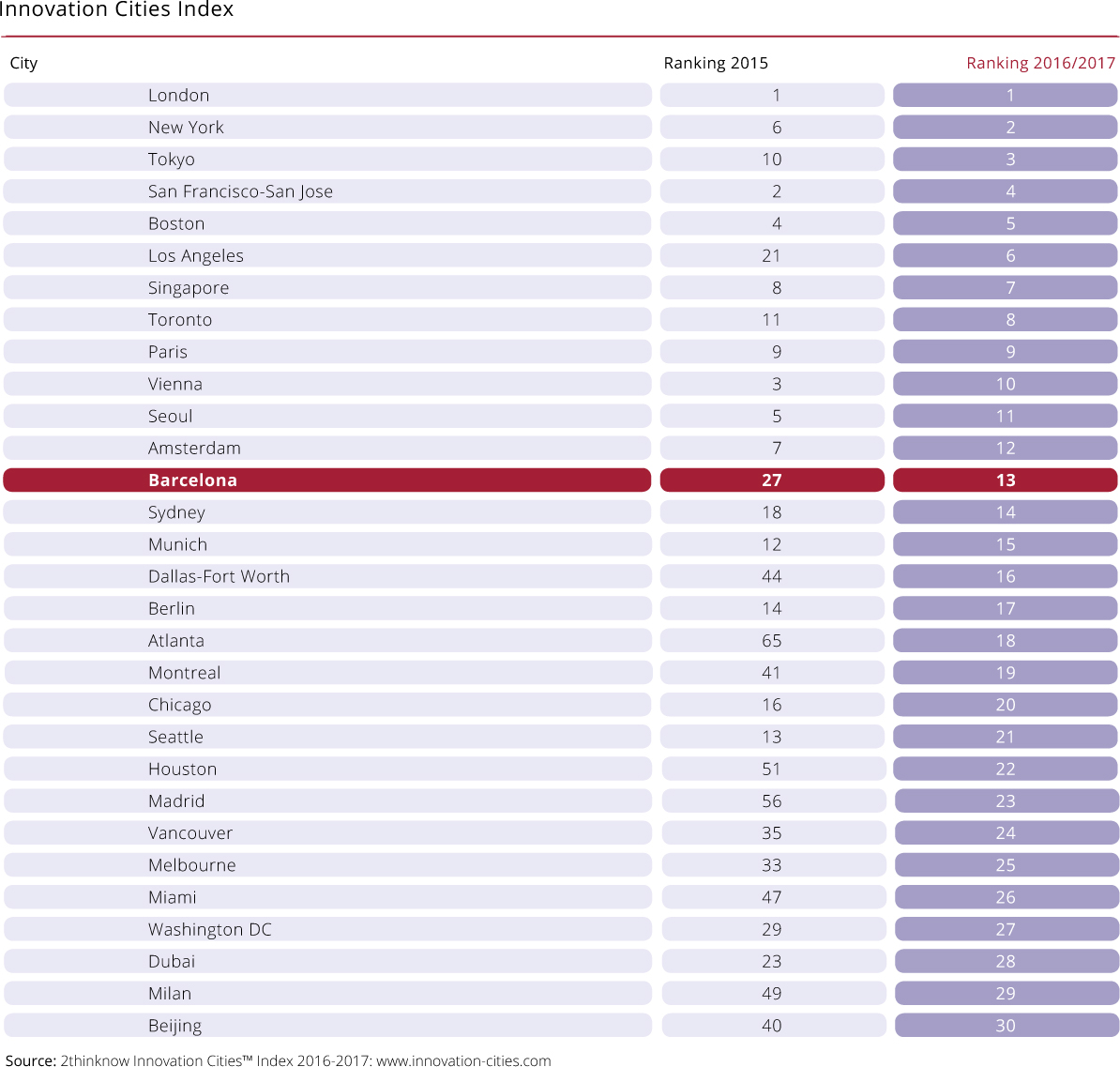 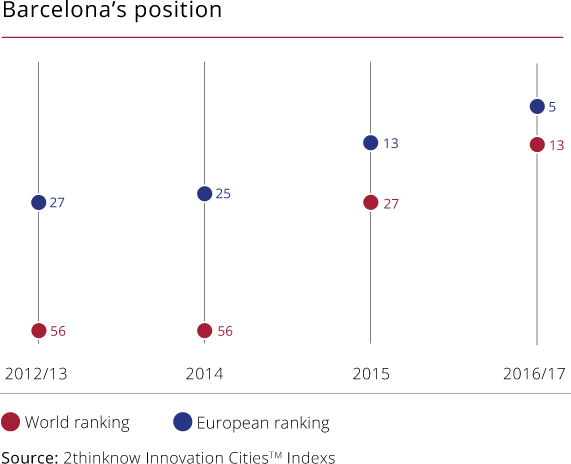