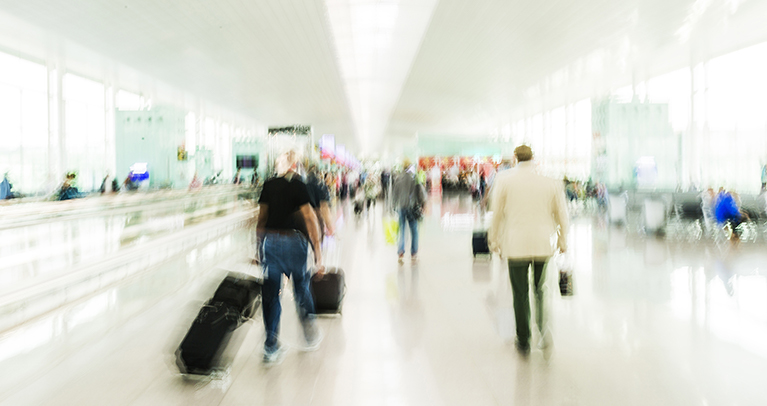 According to the 2014 Decoding Global Talent report by The Boston Consulting Group, Barcelona is the 7th most appealing city to relocate abroad to, just ahead of Toronto, Singapore and Rome. The ranking is led by London and New York, two global business and cultural hubs that are also the most cosmopolitan and open cities for migrants in the world.

This research on the preferences of the world’s workforce is based on an online survey (Global Talent Survey) that was answered by more than 200.000 people in 189 countries. The report shows the growing interest in working abroad especially among younger people, ICT professionals and engineers, with one of the main reasons for change being a desire to widen life experiences and a stronger preference for factors related to non-monetary worker satisfaction like feeling valued at work, personal relationships in the workplace or the balance between work and personal life. The attractiveness of cities, their education and public health systems are also very important competitive factors influencing global talent flows.

According to the Scorecard on Prosperity 2014 by the Toronto Board of Trade, Barcelona is the fifth most appealing city in the world for working in and the main reasons behind this were its good weather, the proportion of the population aged 24 to 34, the low crime rates, transport efficiency, sustainability and its moderate rates of inequality in terms of income. 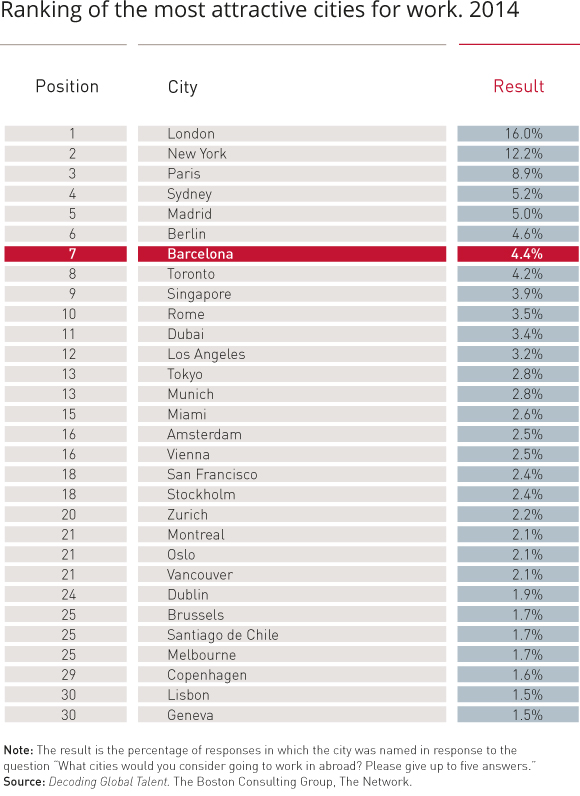