Skip to Content
Patents applications in Barcelona have increased 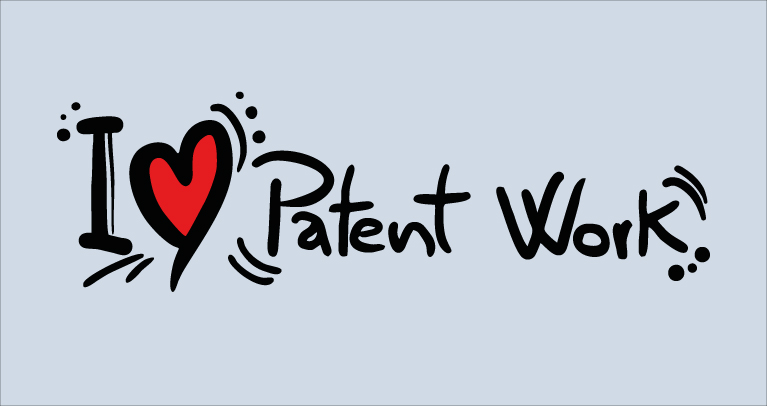 The Barcelona area registered a total of 456 international PCT patent applications during 2013, according to the residence of the individual inventor. This is the second highest number since 2000, only behind the 464 patents applied for in 2011. So Barcelona is maintaining an upward trend that began in 2009 and continues to outperform cities such as Lyon, Madrid, Milan, Amsterdam, Montreal, Toronto and Copenhagen. Similarly, if we look at the number of PCT patents applied for in relation to inhabitant numbers, Barcelona obtains a ratio of 83 applications per million inhabitants in 2013, three more than the previous year. It should be mentioned that this indicator measuring innovation per person, shows that the province of Barcelona is not so well positioned among the main areas of the OECD.

In terms of PCT technology patent applications in 2013, the figure stood at 126 for the Barcelona area -the highest in the data series, which is higher than other benchmark provinces like Milan, Amsterdam, Düsseldorf, Copenhagen and Lyon. 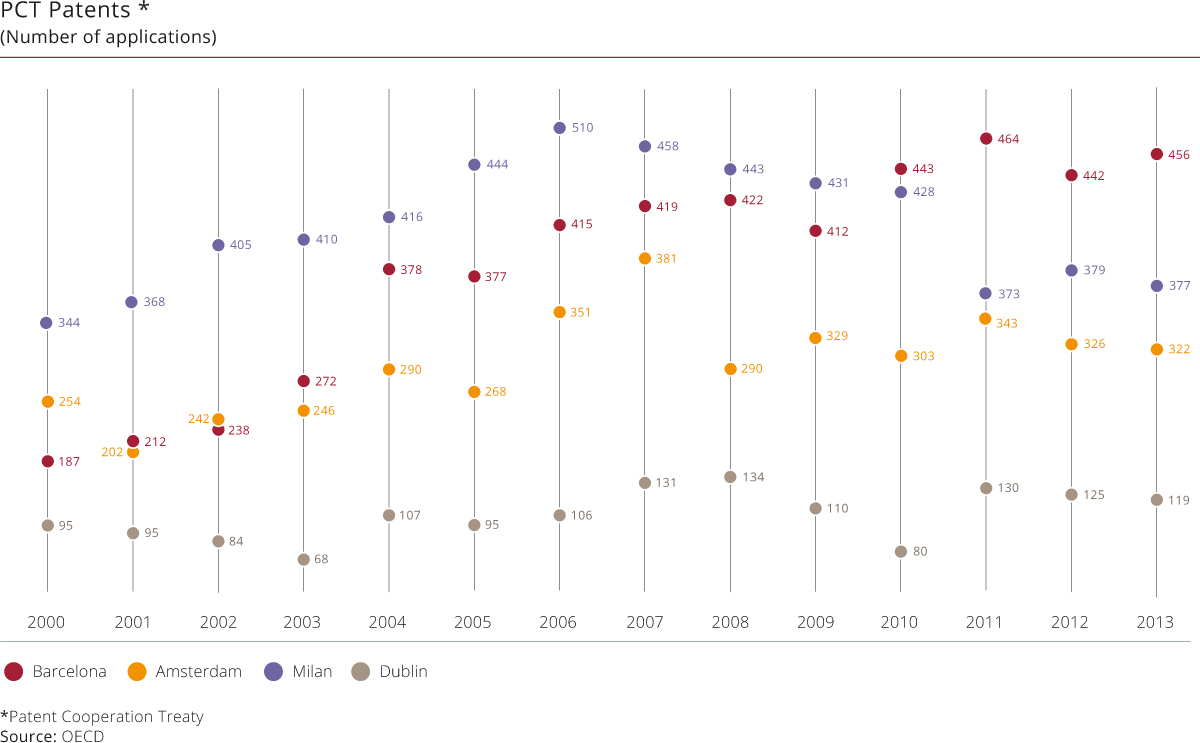 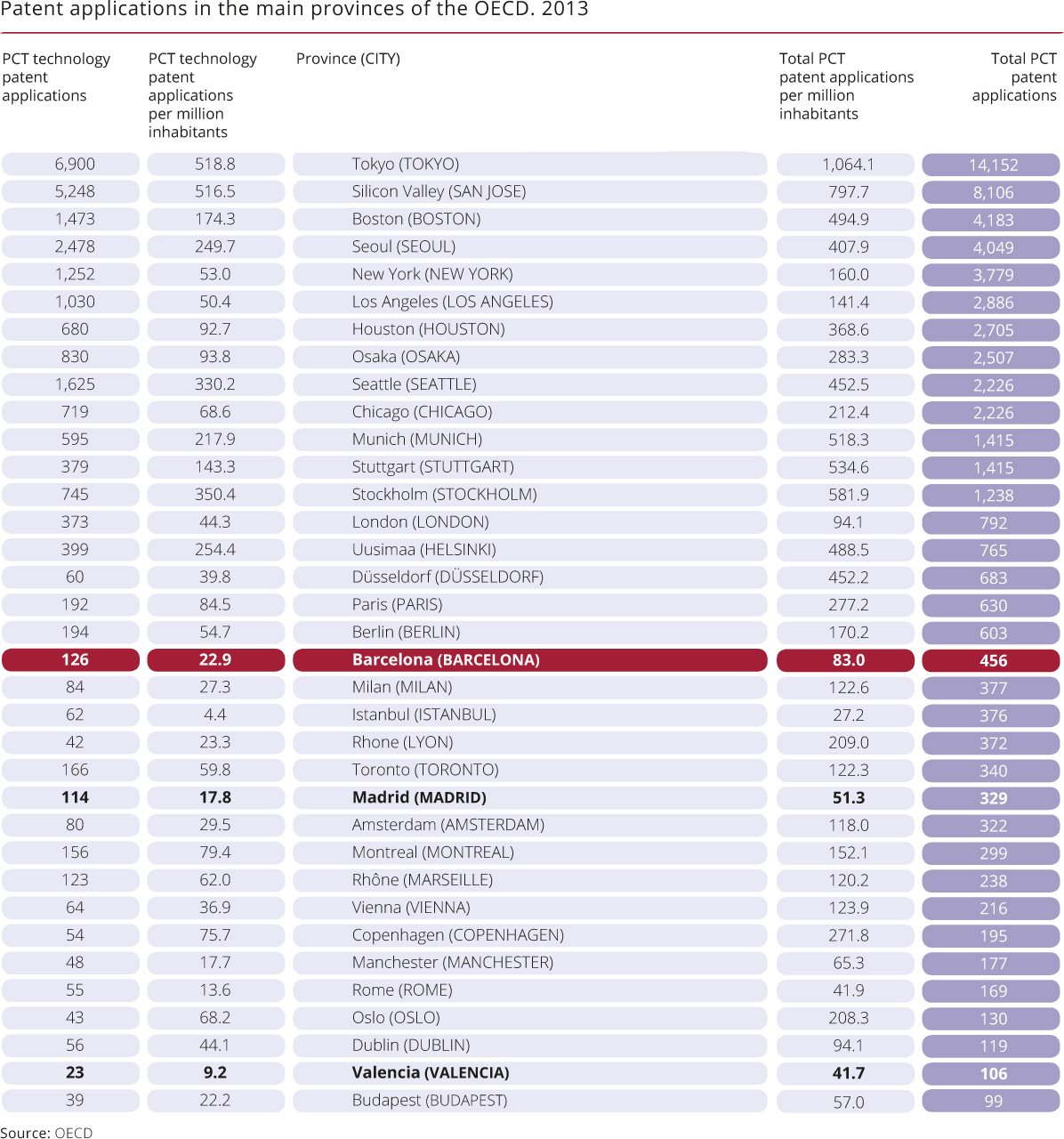