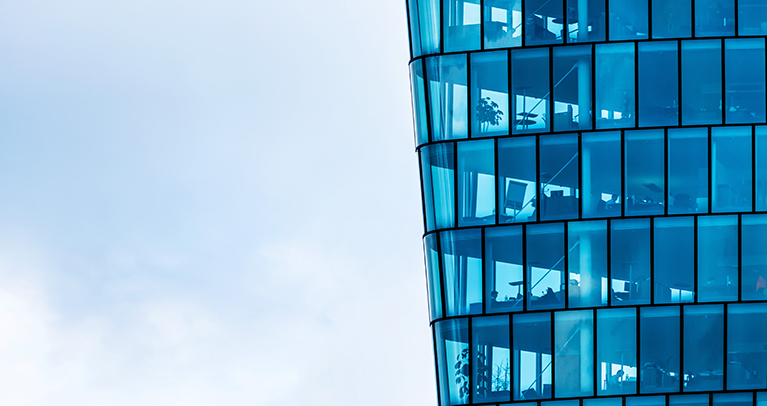 In 2016, the price per square meter for office leases in Barcelona was € 258/year, according to a report prepared by Cushman & Wakefield Research, 8.9% more than the previous year. The city of Barcelona is in 30th position out of a total of 42 selected cities in the European area, and therefore in the middle-low band, with prices much lower than other big European capitals. However, Madrid is in an intermediate position in the ranking, with an office rental price of € 360/m2/year, showing a 5.3% increase over the previous year. The cities with the highest rental prices for offices are London (€ 1,513/m2/year) and, at a certain distance, Paris, Geneva and Zurich, with all three having prices above € 700/m2/year. However, Barcelona has an office rental price similar to that of cities such as Brussels, Budapest, Prague and Copenhagen, and well below those of reference cities such as Milan, Munich or Amsterdam.

Regarding the profitability of office leases, Barcelona has a yield rate of 3.8% and it is located in the low band of the ranking of European cities. Higher returns are observed in the cities of Kiev or Moscow (superior to 10%), while at the opposite end there is Paris, Munich and Vienna with returns of 3%. Other cities with a yield rate similar to that of Barcelona’s are Hamburg, Berlin, Madrid, Oslo and Milan. 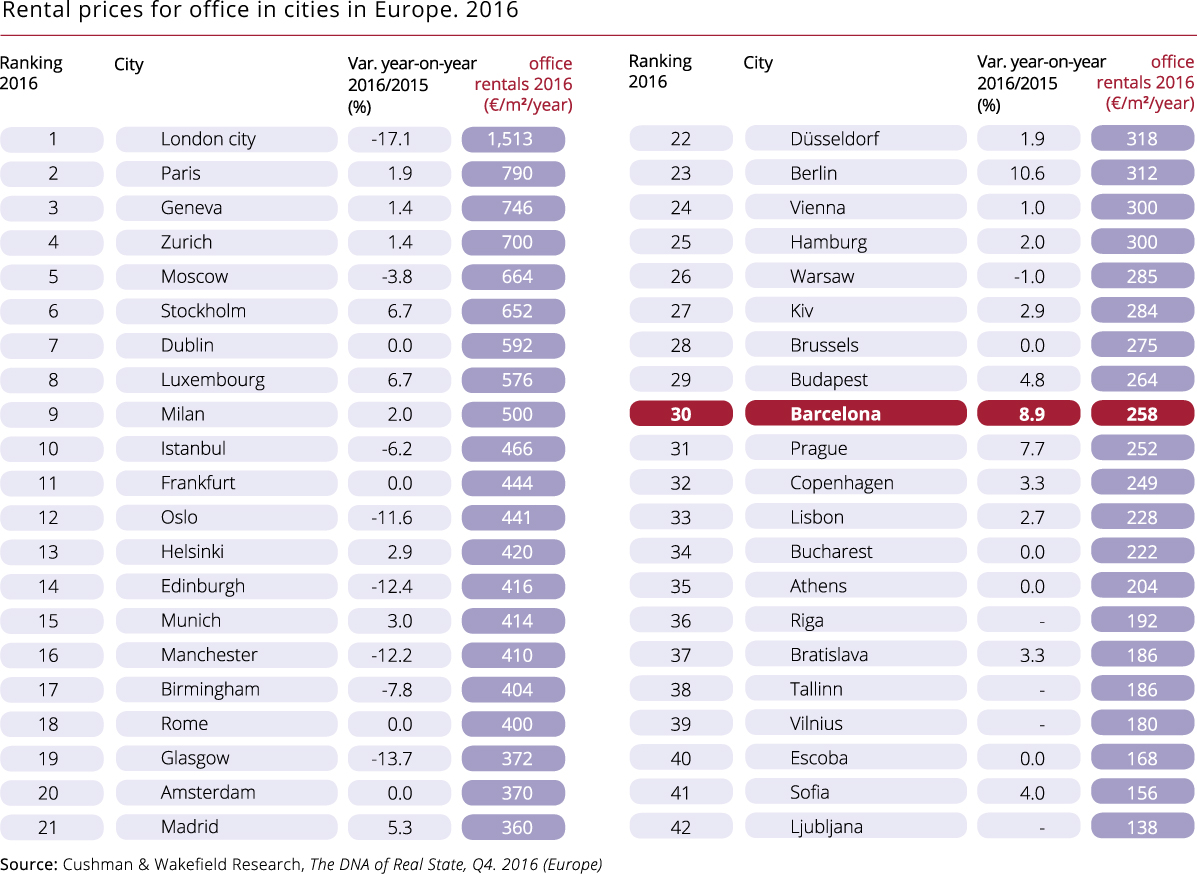 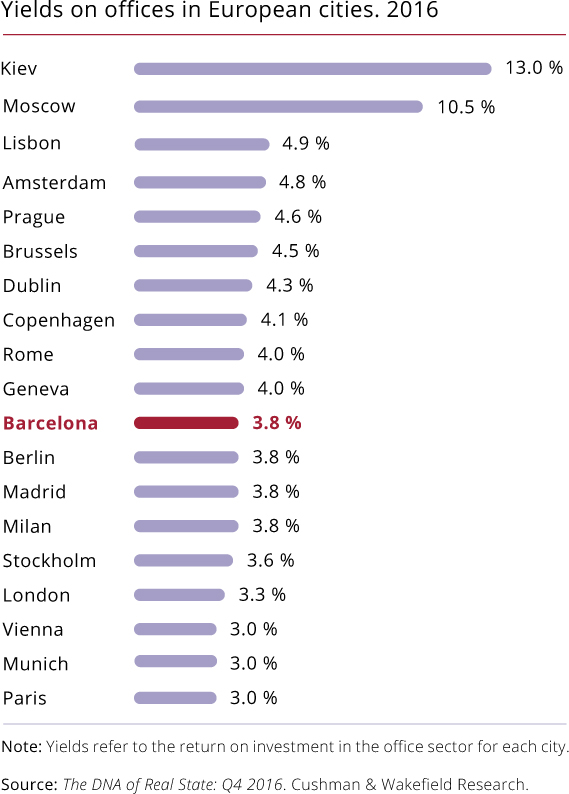