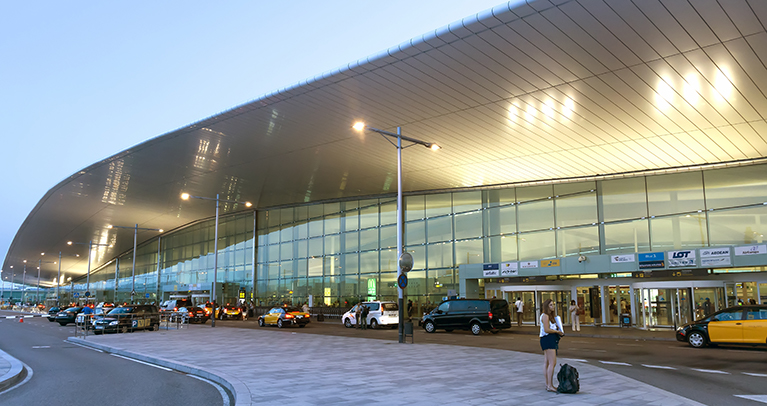 During 2016, Barcelona’s airport reached new passenger records and now has nearly 45 million passengers, making it Europe’s top 10 airport that most grew in 2016, increasing passenger numbers from 39.7 million in 2015 to 44.2 in 2016, a rise of 11.2%, according to data from the Airport Traffic Report, by ACI Europe. As a result of this positive trend, the airport of Barcelona climbed three positions in the European ranking and is now located in 7th place, according to passenger volumes, now beating Munich, Rome and London-Gatwick airports.

The annual evolution of passenger traffic has been positive in almost all the 25 major airports in Europe, with the exception of Moscow-Domodedovo, Istanbul and Frankfurt airports. The increase, however, has been heterogeneous: from 0.3% at Paris-Roissy airport to 11.7% in Lisbon. Barcelona, with a growth rate of 11.2%, is the 3rd fastest growing airport in 2016 of the 25 main airports in Europe. International traffic was the main motor of growth in Barcelona in 2016, with 32.3 million passengers (almost three quarters) of the total and an increase of 11.1% with respect to 2015. However, domestic air traffic has also grown intensely by 11.4%, reaching 11.8 million. 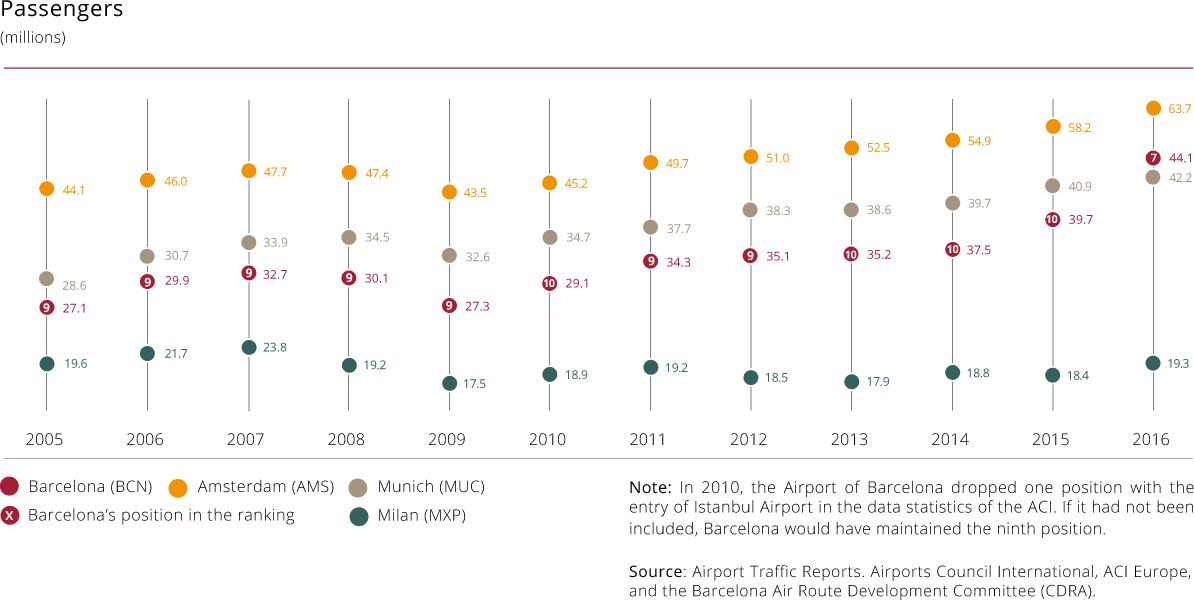 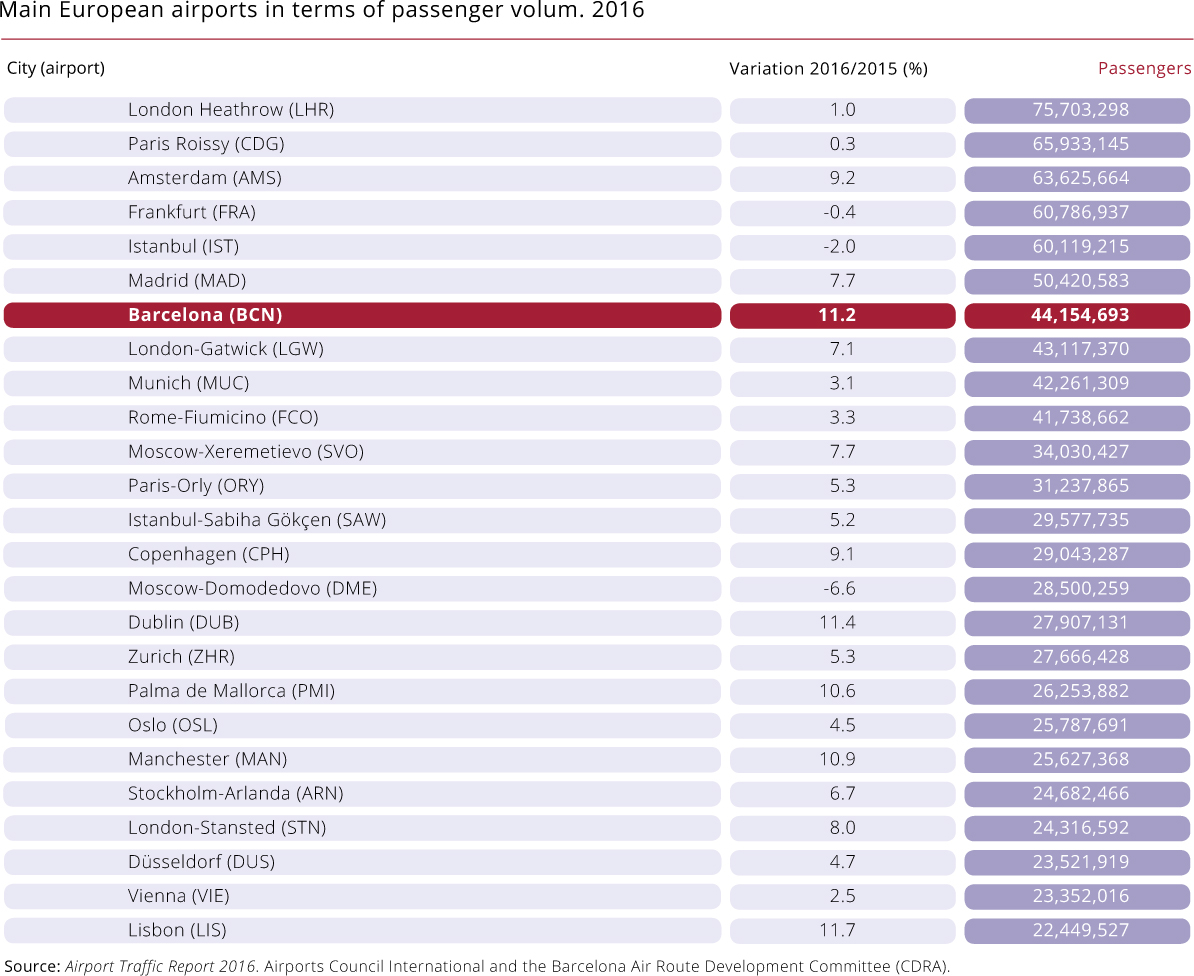